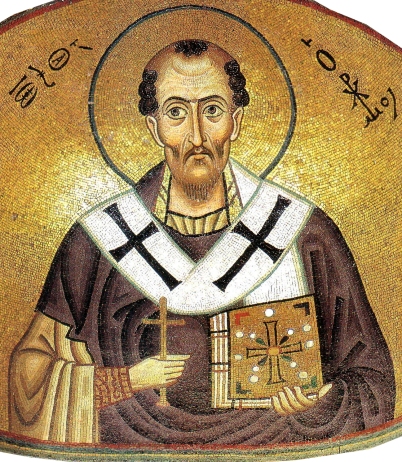 Recently, I had someone reference an an article by well known Protestant William Webster which seeks to disprove the early acceptance of the Papal-theory as codified especially at the Vatican Council of 1870. I wanted to make sure a certain point was understood before the merits of that article are weighed, though this is not meant to engage with the whole of the article. At points, Webster is keen to find where he thinks the Patristic authors disassociated the “rock” (Matt 16:18) from “Peter”, but even more important is that even if this was associated, there was no continuing succession of Peter as the rock as some divine institution for the well-being of the Church. This later piece will not be addressed here, since I have a much finer point intended. But if readers are interested, I recommend my articles on St. Augustine, the Greek fathers, and some Patristic citations.

That the “rock” of St. Matthew’s account of the holy Gospel is Peter’s “confession of faith” is perfectly harmonious. In fact, if you go to the link here, under the show notes, you will find a citation from the Catholic Catechism which says the “rock” is the confession of Peter’s faith.
In any case, I wanted to show how one particular church father, St. John Chrysostom, not only proves Catholic doctrine on the matter, but even teaches precisely what the Vatican Council taught specifically concerning the relationship between the “rock” and “Peter”.
So let’s first take a quick look at what the Vatican Council said about the rock and its relation to Peter. Chapter 2, Paragraph 3 reads as follows:

himself, the primacy of Peter over the whole Church. So what the truth has ordained stands firm, and blessed Peter perseveres in the rock-like strength he was granted, and does not abandon that guidance of the Church which he once received ” (Vatican, 1870)

What is the “rock-like strength” Peter was granted? Let’s observe the text which is commonly cited from St. John Chrysostom which supposedly contradicts.:
“‘And I say unto you, you are Peter and upon this rock I will build my Church’, that is on the faith of his confession” (Homily 54 on the gospel according to St. Matthew)
So it would seem as though the Vatican Council goes way beyond Chrysostom here. But that is only if we cut it short here. If we continue reading in Chrysostom’s homily, we read the following:
“…that is on the faith of his confession. Thus he shows many will believe and raises his mind and makes him shepherd. Do you see how he himself leads Peter to high thoughts of him, and reveals himself and shows that he is the Son of God by these two promise? For those things which are peculiar to God alone, namely to forgive sins, and to make the Church immovable in such an onset of waves, and to declare a fisherman to be stronger than any rock while all the world wars against him, these things he himself promises to

give; as the Father said, speaking to Jeremiah, that he would set him as a column of brass and as a wall — but him [Jeremiah] for one nation [Israel], this man [Peter] for all the world. I would ask those who wish to lessen the dignity of the Son, which gifts were greater, those which the Father gave to Peter, or those which the Son gave to him? The Father gave to Peter the revelation of the Son, but the Son gave to Peter to sow that of the Father and of himself throughout the world; and to a mortal man he entrusted such authority over all things in heaven, giving him the keys, who extended the Church throughout the world and declares it to be stronger than heaven” (Patrologia Graeca 58 ,534; Homily 54 in St. Matthew, NewAdvent.org)

So it turns out that just like the Catholic Church has always believed, Chrysostom teaches the rock is the faith of Peter but it is a “rock-like” strength given to him and has an intricate association with Peter such that this faith is channeled into the ministry of Peter, such that it lifts him up to be a strength unto the nations, much like, albeit in a greater way, the ministry of holy Jeremiah.

Now, there is nothing in St. John Chrysostom himself that we have in the survived corpus which speaks of a specific continuation of the rock in the successors of St. Peter. But if you check the three links in the first paragraph, one could hardly argue that it was not held by both East and West in the early centuries of the holy and undivided Church of the first millennium.